The World Congress of Nephrology’s (WCN) Satellite Symposia on First Nations Kidney Health – a focus on transplantation was a one-day event held at the Melbourne Convention and Exhibition Centre (MCEC), Melbourne on Thursday 11th April, 2019 from 8.30am to 6.00pm.
The meeting focussed on transplantation for First Nations people. The agenda was split into morning and afternoon sessions. The morning session involved hearing from Indigenous patients speaking about their experience and the afternoon session comprised of a presentation of the recommendations from the Transplantation Society of Australia and New Zealand (TSANZ) Expert Panel’s Performance Report, following the inquiry into the barriers faced by Aboriginal and Torres Strait Islander people in need of kidney donations that is supported by Minister Ken Wyatt MP.  There were also collaborations on clinical trials and transplant outcomes for First Nations people between Australia, Canada and New Zealand. Tansi, Aniin, Boozhoo, Greetings,
Sakastew Napew shi go Craig Settee nindizhinikaazag. Maakwa nidoodem. Ochekwi Sipi shi go Saskachewanoong shi go Winnipeg nidoojii. Niin Ni Anishinaabe shi go Nehinaw.
Sunrays shining through the clouds man and Craig Settee are my names. My kinship/clan is Bear. My family comes from the communities of Fisher Cree Nation, Dauphin River First Nation and Winnipeg, which are all in Manitoba, Canada. I am Anishinaabe (Ojibwe) on my mother’s side and Nehinaw (Cree) on my father’s side.
My introduction to the Can-SOLVE CKD network began just over a year ago when I joined the IPERC and the Patient Council as a patient-partner. I am a living kidney donor to my brother, Kevin, and it has been more than six years since we had successful transplant surgeries. It is difficult to witness a family member experience chronic kidney disease (CKD) and I can only imagine living with CKD. I see and feel my role is to support the voices of patient-partners in these processes of kidney health research and well-being.

I felt it necessary to introduce myself in one of my mother tongues (Anishinaabemowin) because language ties my identity to my well-being and understanding my relationships in and with all facets of life. Indigenous ceremonies also help to ground me as an Anishinaabe and Cree man. Moving forward, I believe that research with Indigenous people as patients, researchers, doctors and stakeholders have diverse and unique ways of seeing, doing, knowing and being that benefits health research. I am a First Nations man, both Cree and Anishinaabe (Saulteaux/Ojibway). I was born in Winnipeg and continue to reside there. My home communities where my families originate from are Fisher River Cree Nation, Matheson Island, and Dauphin River First Nation, which are all located in the Interlake region of Manitoba. I am proud to have connection to all my home communities as my maternal and paternal grandparents were highly respected.

I have lived with CKD since I was diagnosed at 10 years old. I had nephrotic syndrome and have been under the care of pediatric nephrologists at the Children’s Hospital in Winnipeg since that time. Many different types of interventions were offered to me and taking the medications was always a challenge. I remember one intervention I was on caused weight gain of 25 pounds in one month. My face was puffy and was not in proportion with the rest of my body. I loved playing hockey, but I couldn’t play the game because of the constant cramping and being on liquid restrictions. It was very hard on my childhood but I feel that I can share my experiences with other children and youth who may be experiencing what I had to endure at such a young age.

Medications managed my kidney disease until I had kidney failure in September 2010 at the age of 19. My kidney function was at 3% and I required a kidney transplant. While a donor was being sought, I was on peritoneal dialysis until my kidney transplant in October 2012. My older brother donated a kidney to me so that I could live a healthier life. I am forever grateful to my brother for this gift of life.

I am currently a student at the University of Winnipeg pursuing a Bachelor of Arts degree majoring in Geography and Inner City Studies. I would like to pursue a law degree after my Arts degree and specialize in land protection/management. I am also interested in politics and ran for school trustee in my ward in September 2013 and lost by 150 votes. This experience helped me understand about the democratic process and campaigning. I was elected President of the University of Winnipeg Student Association for the 2016-17 school year. I am also very active in the Indigenous and inner city communities organizing events that encourage and provide awareness on issues of Indigenous education, the environment and Indigenous youth to name a few. For example, I co-founded Red Rising Magazine, which is a magazine written by youth for youth and the general public as they relate to interests and awareness of Indigenous youth.

I am interested in sharing my story and experiences as a patient of CKD and that of a kidney transplant recipient. As the proud father of a son, Ogimaabinens (which means Leading Thunderbird in Anishaabemowin) I am hoping that through the research, we will find a cure for kidney disease so that my son's generation will have less chronic kidney disease. 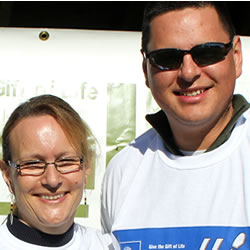 In our beautiful Anishinaabe community, Chimnissing, otherwise known as the Beausoleil First Nation, we have many living with kidney illness. As an island located in a remote area of Ontario, many of our relations have had to commute long distances for life sustaining health care. This often involves crossing the stormy waters of Georgian Bay by ferry to further endure treacherous long drives, over ice and snow, for dialysis or for specialized health care. The people become weary and tired and life is very hard. Fortunately, a growing number have been able to donate their kidneys. This life-giving journey expresses our relational way that brings our families together even closer. Many though are waiting for donors. I am Chris's mom and donated my kidney to him in 2010 after he became very ill with IGA nephropathy at a young age. With this transplant he could go about life pretty much as usual. There are still worries, ongoing tests and bloodwork but the freedom from dialysis gives freedom to live as normal as possible. Giving the kidney was one of the most amazing things ever and I would do it again because it means so much. Sharing our story and learning from the stories of kidney donation and transplantation helps us, our families and communities to connect through our hearts. The stories bring us together making us stronger. 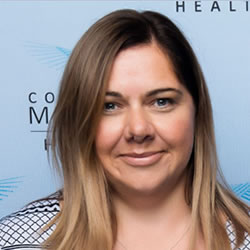 Angela Jackson currently practices as a Renal Nurse Practitioner at Counties Manukau DHB, Auckland. After qualifying in 1997 as a Registered Nurse in Scotland, she has spent the majority of her nursing career in New Zealand since 2001. She attained NP status May 2016 after working as a Renal CNS for 8 years. She has worked in all areas of nephrology and is an ABTC Certified Transplant co-ordinator. She has been a member of the NZ RSA Nursing Advisory group and is a current member of the ANZSN Kidney Transplant Working Group. Angela is involved in the University of Auckland NP Training Programme as well as the New Zealand Nursing Council accreditation process. 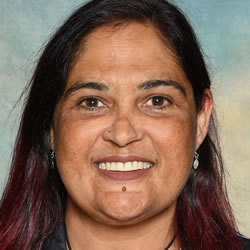 Nearly 3 years (May 2019) post-transplant, Royal Adelaide Hospital, South Australia. Kelli is a proud Kaurna, Narungga & Ngarrindjeri woman from South Australia. She has lived extensively across Australia, born, and raised in South Australia. She is an honored mother of five children aged 15-28, grandmother of one aged 4, a devoted partner and step mum to four daughters. Kelli has a Bachelor of Education and a Masters in Indigenous Languages Education and has worked in the primary, secondary and TAFE sectors over two decades. Kelli is currently working as a primary school teacher in the Murrraylands District. She is an avid lifelong learner and Neuro Linguistic Programming (NLP) Practitioner with two businesses at infancy stages. Kelli actively advocates for organ donation, First Nation issues and healthy body, mind and spirit at all stages in life. She is extremely passionate about her blended family, making education fun for children, and she enjoys being grounded by practicing earth art an Indigenous Languages. Please be welcomed into her journey as she shares her story to her Kidney transplantation and beyond. 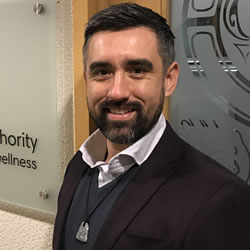 Dr. Kelsey Louie is Coast Salish from the Tlaamin First Nation located along British Columbias Sunshine Coast and serves as a Medical Officer Primary Care within the First Nations Health Authoritys (FNHA) Office of the Chief Medical Officer. He carries the traditional name Menahlelten, that of a hereditary chief from his nearby community. Dr. Louie completed his medical training at the University of British Columbias Indigenous Family Practice residency program and also works as Family Physician in southern Vancouver Island. His work focusses on Indigenous health, mental health and addictions, and inner-city harm-reduction medicine. He continues to promote and support FNHAs health and wellness vision by integrating cultural safety and humility into both his clinical and non-clinical work. 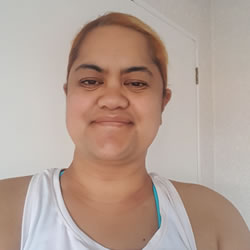 Hi my name is Annalisa Pomare, I am of Maori descent from New Zealand. Born in a little township called Kawakawa in the Northland region of the North Island New Zealand my iwi (tribe) is Ngapuhi the people of Northland.

I have Polycystic Kidney Disease inherited by my maternal grandmother. I was as well as my two older siblings tested as children of having the same disease also my mother who currently is on haemodialysis and has been for 20 years now.

I was diagnosed in 2012 as having end stage renal failure and my kidney function only at 8%. I was first put on Peritoneal most commonly known in NZ as the bag, I only lasted three months due to many difficulties so was swiftly put on haemodialysis where I stayed for 5 years until a deceased donor transplant came available. I will be post two years in May. I turned 40 last year and I feel awesome and have been blessed that I have not as of yet had any complications nor hospital stays. I am looking at studying & getting back into the workforce but in the meantime just concentrating on caring for my mother and other ventures. 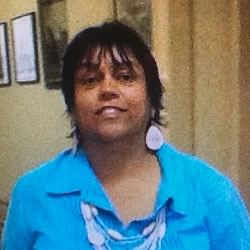 Eileen is from the Narungga, Ngarrindjeri and Kaurna peoples of South Australia. She has a Bachelor of Teaching in Junior Primary and worked as a teacher for over twenty years. She also spent time as the Principal of Point Pearce Aboriginal School and Director of the Kalaya Children’s Centre. Eileen was diagnosed with end stage renal failure in 2011 and was on dialysis for four years until she received a transplant in 2014. During those times Eileen was full time employed in the SA Education Department as a Project Officer. 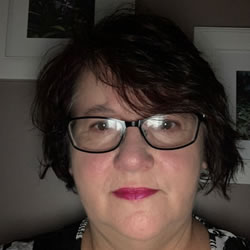 Jane Potiki is a Principal Advisor for National Services at New Zealand’s Ministry of Health. Jane is committed to improving health outcomes for New Zealanders, but most particular for Māori and for other vulnerable people with renal disease.

Before joining the Ministry of Health 14 years ago, Jane worked as a nurse in hospitals in New Zealand, Australia and the United Kingdom. In addition to nursing, Jane has been involved hospital redevelopment projects and the design and implement major hospital IT systems.

Jane now works primarily with clinical groups and health consumers to design and implement evidence based, patient-centred service models for people with rare or complex health conditions.
Renal transplant services and organ donation are an important part of Jane’s portfolio where the focus is on both lifting transplant rates but also improving equity in health outcomes for Māori and Pacific people who are disproportionately affected.

This site uses cookies to provide the best experience. By using this site you agree to our Privacy Policy. If you don't consent, you can opt-out by closing your browser tab or navigating to a different site.